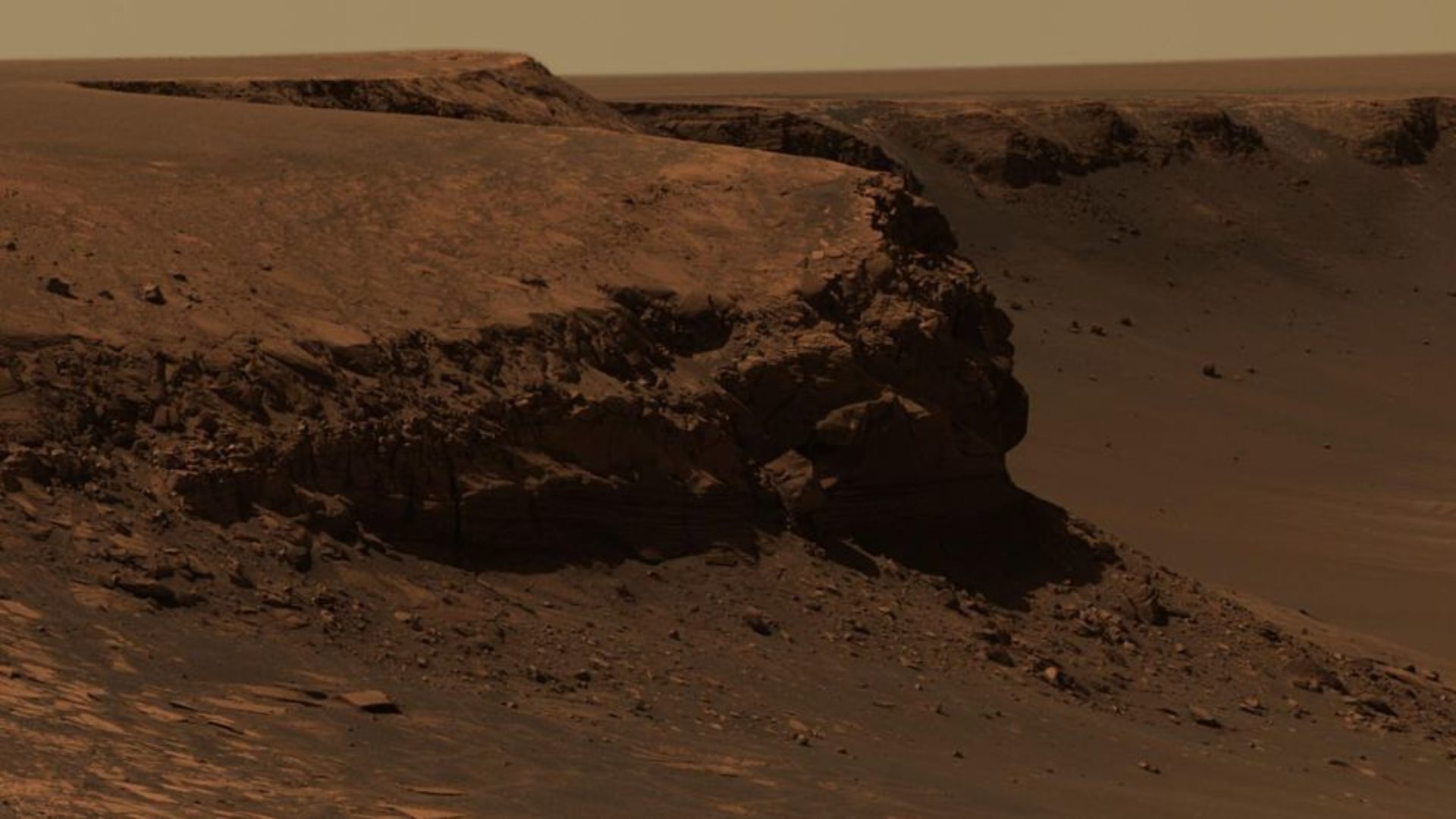 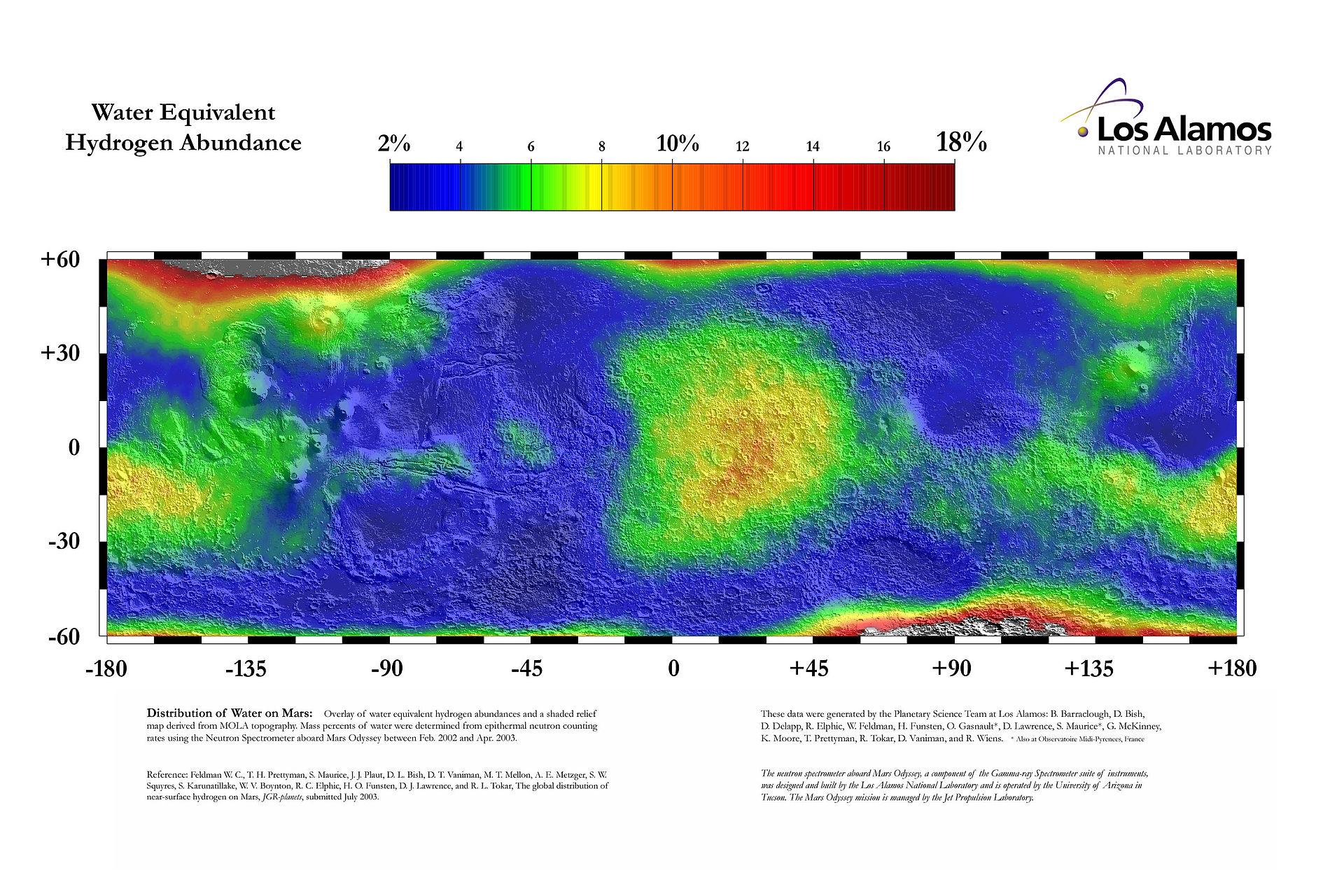 …but not a drop to drink- at least not without digging!

Water was not confirmed on Mars until 1966, when it was determined that the north polar cap had a large deposit of water ice underneath an annual layer of dry ice (solid carbon dioxide). In the last few years, rovers and orbiters have proven that significant amounts of water ice exist in the soil over a large portion of the surface of Mars.

Why is ice so important?

Water is one of the most important items to locate once on Mars for a few reasons. One, you’re going to need water to drink, water can be split into oxygen for breathing and as one half of rocket fuel, and hydrogen which can be combined with the carbon dioxide in the atmosphere to make methane, the other half of rocket fuel. We could simply bring water along with us, since Earth has a lot of water, but the problem is that water is heavy. The costs of spaceflight have one harsh reality, the heavier something is, the more it costs to move it. So when colonizing Mars, one wants to use the resources there whenever possible instead of bringing it along.

Fortunately, it turns out there’s water already on Mars. Quite a bit of it, so much so that a little digging and heat and you should get water!

Where is the Water?

Well, pretty much everywhere, to a greater or lesser degree. All areas of Mars seem to have some water, though it may be as little as 2% water in the top meter (3 feet) of soil. Some areas around the North Pole are covered in what appears to be a glacier, with 100% water to a depth of 1 meter.

Other Indications of Ice

Ice has also been detected in the bottoms of some craters, apparently having pooled there, froze, and then covered by soil. In other areas, there is indication of ice underground showing on the surface, scalloping and surface features that match areas on Earth that have subterranean ice. Many large areas of Mars appear to have glaciers, particularly in the mid- and high latitudes.

Recently, scientists have found indications that water may exist in liquid form, at least during the Martian summer time, when temperatures can reach over 30c (~90F). Though this evidence is still being debated, it seems likely that certain features on Mars can only be easily explained by flows of liquid water.

So no matter where you choose to be on Mars, it appears that water won’t be a major worry. While it may not flow from an easily drilled well, it will be available to you with a modicum of effort- dumping shovels-full of dirt into a solar oven should enable you to have plenty of water for your tract!